A map showing the division of Cyprus

Cyprus is an island in the Levant region of the Mediterranean Sea.

It is de facto, but not de jure,[2] divided into two states: the Republic of Cyprus in the south (a member of the European Union); and the Turkish Republic of Northern Cyprus (TRNC) in the north (recognised by Turkey).

In the present, Cyprus is one of the most religious[3] countries in the EU. It is also deeply racist, sexist, and homophobic[4][5]. Specifically, the TRNC legalised homosexual sex in 2014,[6] the last part of the European Union to do so.

Even though it is a small island, due to its tumultuous history, it has five armies deployed on it: 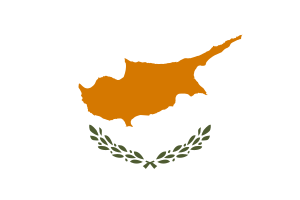 Flag of the Republic of Cyprus. 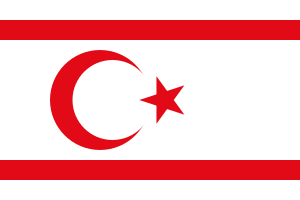 Flag of the Turkish Republic of Northern Cyprus.

Cyprus is ethnically,[wp] religiously,[wp] and linguistically[wp] diverse in terms of both native and immigrant populations. The two most populous native groups have ethnic ("Greek Cypriot", "Turkish Cypriot"), religious (Christian, Muslim), and linguistic (Cypriot Greek, Cypriot Turkish) identities that tightly correlate. This is because during Ottoman rule, some Cypriots chose to work for the state and in so doing converted to Islam, and learned Turkish. Thus, during British colonial rule, the label "Turkish Cypriots" was created in order to divide and conquer. Neither of the groups actually have Greek or Turkish ethnic roots, notwithstanding present attempts to Hellenise or Turkify the two communities using mainlanders, propaganda, (biased) education, and so on.

From the end of the Ottoman rule, through the British, and into the present ethnic, religious, and linguistic segregation of native Cypriots has dramatically increased. Cypriots, both "Turkish" and "Greek", have been living in apartheid. Communities across the island went from diverse in the 1890s, to ghettoised in the 1970s. Purpose-built ghettos for approximately 18% of the population (the "Turkish Cypriot" minority) were created. Their movement was controlled by the Republic until the Turkish invasion in 1974.

"[Turkish Cypriot] Aysel, 16 years old [in 1964] and four months pregnant, had just learned that her husband had been kidnapped[.] She grabbed the village mukhtar’s rifle, determined to defend her home, find her husband and avenge his kidnap."[9]

One of the peaks of the ethnic tensions was on the 20th of July 1974 when Turkey invaded. "The invasion marked the only occasion when one NATO ally fought another - and it remains the only occupation on EU soil. "[8] The Turkish invasion caused thousands from both communities to flee their homes and lose their properties. However, the neocolonialist geopolitical actions of Turkey did have the side-effect of liberating the "Turkish Cypriots" from oppression. As being both an economic underclass and ethnic/religious/linguistic minority, they had little hope of achieving fair treatment. The constitution drafted by the British, after granting Cyprus independence, was (and still is) extremely racist and biased in its treatment of the two communities.

Until very recently, 2003 when some checkpoints along the borders opened, the "Turkish" and "Greek" Cypriot communities have had no direct physical access to each other on the island. Their lands are separated by the Green Line (a no man's land controlled by the UN, and as delimited by the British). Such strict segregation has inevitably lead to tensions and further segregation.

This article is a stub.
You can help SJWiki by expanding it.
Retrieved from "http://sjwiki.org/index.php?title=Cyprus&oldid=10968"
Categories: